More news than I can shake a stick at!

Well.  Since my last blog, loads of things have happened.  Firstly, I appeared on Lemon Aid with the imp that is Keith Lemon (it's still available here for anyone who wishes to see it - just click on K by the magnifying glass to find Keith Lemon and I'm on after the first break on the Michelle Keegan episode). 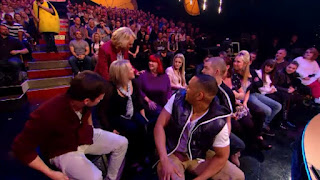 It was never definite that I was going to be picked out of the audience, and I wasn't allowed to know what they were going to be doing to me.  I just wanted to look taller as I am sick of never being able to see anything when behind tall people. 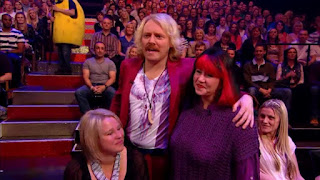 To my side there in black with the tie on is the friend everyone should have btw - the formidable TRAZ. 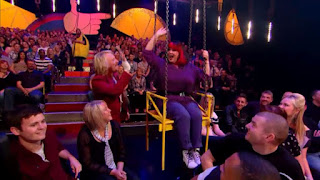 It was Traz who actually noticed that above our heads was a chair.  And yep - when it dropped, I was strapped in and lifted to his Lemon Drop height. 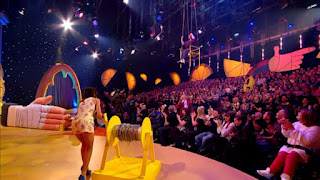 I was up there for 4 1/2 hours of shooting.  And what you didn't see was Keith Lemon throwing water and buckets of popcorn over me (the producer said 'I'd be offered some refreshment' - I thought he meant a sandwich!)  Poor old Traz was more covered in water and popcorn than I was! 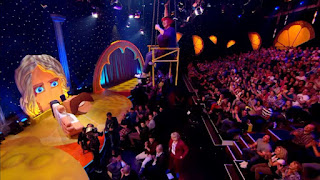 Yes it was very high.  And what you also didn't see was Keith and I conversing whilst he was doing his Lemon Drops - and he offering me some designer shoes so I could stay being tall.  Or Russell Watson waving at me...sigh! 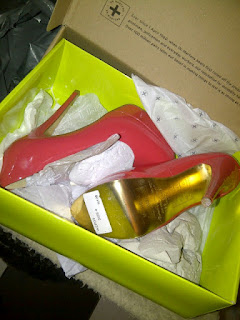 And here they are!  Hot orange, impossible to walk on gold-soled shoes which are now sitting on a shrine in my bedroom and worshipped daily. 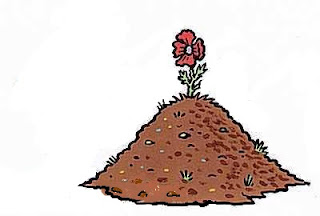 Then I moved house!  To the beautiful pile that is Compost Corner.  And it's bliss - light, warm, big, beautiful.  And to add to the family - we have a hamster called Monster whose house is bigger than ours! 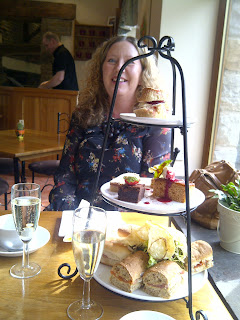 I've also been FORCED by my publishers to partake in afternoon tea at the Potting Shed with our lovely competition winner (I use the term very loosely - some duties just don't feel anything like ;) 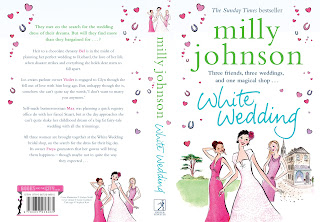 Then White Wedding was released - which is almost half-price in Amazon at the mo.
It went straight into the best seller list and yesterday I got my first TOP 10 - actually came in at number 7.  There was a bit of fizz popping in our house yesterday.

And just to complete a very nice run of things - I have been nominated for the MELISSA NATHAN ROM COM AWARD.  I'm going down for a glitzy evening at the Cafe De Paris next month with my friend and fellow stable-mate Jane Costello who is also up for the award...
It would be a lovely award to win - the best actually - because Melissa was a friend of mine for many years but I get a trophy anyway - win or lose - and I've never had one of those before.  AND I get to meet Jo Brand.  AND I'm staying at the Waldorf - so I reckon even if I don't win I'm going to have a pretty good time anyway.

So that's it for a bit.  Just to say that for anyone who is thinking about coming to mine and Victoria Howards writing seminar but just needs a nudge well... 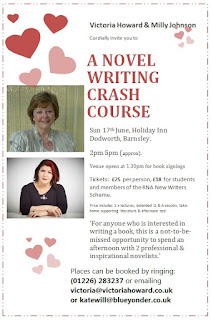 Neither of us got published until we were past 40.
We did it the hard way - no contacts in the  business, just working women with a dream to change our jobs to be professional writers.
We gave it our best shot and made it whilst holding down day jobs and I raised my family - single-handed.

This is the sort of course I would have loved to have gone on when I was a fledgling.  We've designed it so there is plenty of information (and hopefully interest) for anyone who wants to write other books too but needs pointers on discipline and networking.

It's for complete beginners to ask those fundamental questions AND for those a little bit further down the line.

Do come and join us and we promise you a fun, informative, jolly and scone filled afternoon.

Posted by Milly at 10:59
Email ThisBlogThis!Share to TwitterShare to FacebookShare to Pinterest