The weekend wasn't a time for resting on laurels - although we did go out to Rinaldi's in Wakefield to officially celebrate the launch with Prosecco, red vino and a vey vey nice steak. 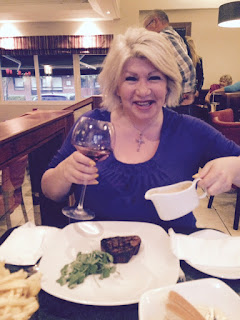 Any campaign to get a book out there has to be hard-hitting in the first week and a half especially.  So I had a fabulous signing in WH Smiths in Barnsley on Saturday. I was working solidly for the full hour and a half.  It made me very grateful to have moved on from the times when I was sitting there with no interest whatsoever in  my direction and just wishing the clock would hurry up and move towards the 'end of my shift.'  You have to start somewhere...  But thank you to all the people who turned out to support me and bought books and chatted. 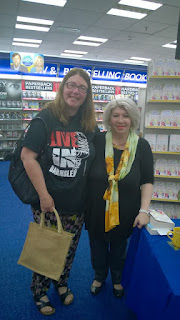 with Jenny - one of my 'regulars'
The afternoon saw me doing a fundraiser at the White Heart for Claire Throssell. My Tea party and it was just wonderful - vintage china, beautiful sandwiches and scones and home made carrot & coriander soup in a teeny cup!  And lots of sunflowers. Claire's situation has touched everyone - and nowhere stronger than in her own community.  We had a prize draw and raised £623.00 for her. 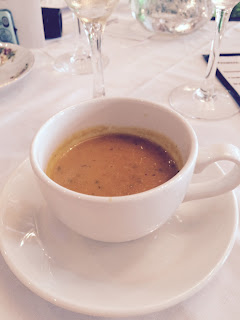 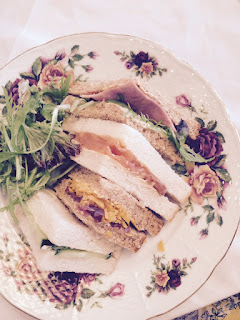 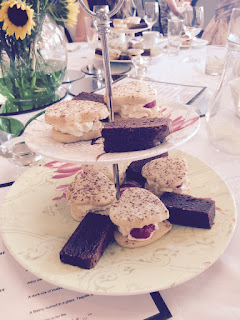 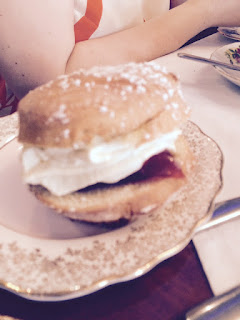 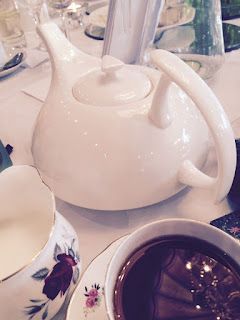 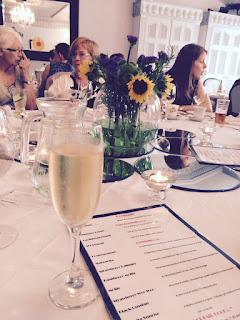 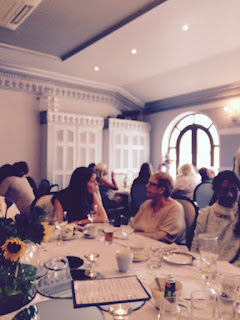 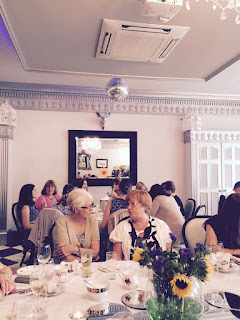 Then I had to run to Manchester (okay drive then) for the BBC news review the next morning.  I was jiggered and I think it showed.  But hey-ho.  Live TV is scary and pressurised and even the presenters get it wrong sometimes.  It feels, when you are stuck on a word, that time freezes still for an hour and a half.  But, seconds after going off air, you are the equivalent of yesterdays chip paper.
Anyway - here's a little diary of what it's like.
10.00pm - get to the hotel and post a copy of my keycard. OH says '2 adults????' It's a mistake. I'm too tired for anything other than a lasagne and a glass of vino in the bar.  I nearly fall flat into that snoozing! 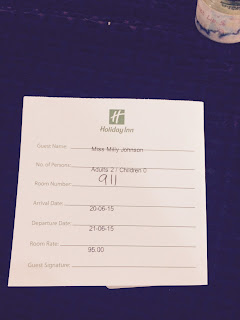 5.00am - I'm up.  Actually 4.30am I'm up because my brain is worrying on a subconscious level that I'll miss the alarm and so shakes me into consciousness.
Check out the themed earrings... 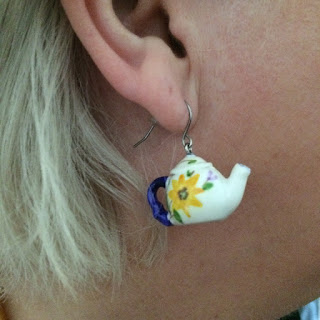 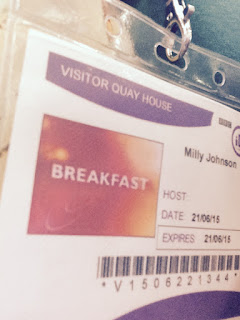 6.00am - I'm upstairs sitting with all the daily newspapers.   Nice to see I'm in them... ahem! Don't think they'll let me get away with a plug though. 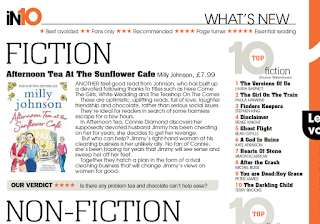 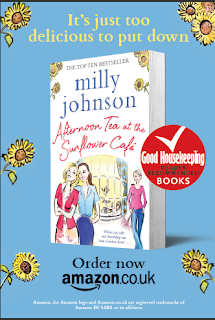 The Mail on Sunday.

I have to pick 6 hard-hitting and mid-hitting stories and some softer ones.  It's not so hard picking the stories, it's making sure you can pick stories you can handle talking about. Not the front-page stuff, that'll be covered.

7am - I'm whisked into make up.  She's got 5 minutes to make a pig's ear into a silk purse.  She manages a pig's purse.  Heated rollers, anti-glare dust.  My hair is fluffed up whilst I'm talking through the stories I've picked up with someone who refers them to the producer for approval.  A cat stuck behind a wall, a massacre in America, Father's Day, the rise of the YA novels, the baby killed by a dog, a tortoise trained to touch a PC screen to get a strawberry (!) Summer Solstice at Stonehenge, Father's Day Duncan Bannatyne and his ex, teenage hair transplants... I think that's a fair mix to go at. 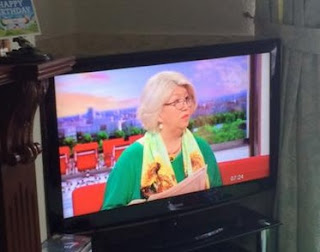 7.15am - I'm miked up and led through to the studio.  Quick hello to the presenters who are always so lovely.
7.20 am - I'm on.   Talking about that poor baby ('You looked tired,' said my OH later.  'And you said that a Pomeranian killed a dog in America, not a baby.' - yikes, I didn't even realise that)  And then onto Young Adult novels.  I say that they aren't Mills and Boon then freeze... oh GOD I put that wrong, I think. My meaning is that they're more than escapist romance but harder-hitting and I think of all my friends who write Mills and Boons striking me off their Christmas card lists.  So little time, so few words, but still so much opportunity to cock up.
7.27am - I'm back looking at the newspapers at the stories we didn't use.
8.10am - I'm drinking a coffee and being re-make-upped.
8.17am - I'm back in the studio and ready to go on air to talk about teenage baldness.  Can I get the word 'psychological' out for love nor money???  It feels like I've been stuck on the word for 150 years. Live TV, a brace and exhaustion are a fatal mix.  But we do the cat story and I get a plug in that I'm the patron of Yorkshire Cat Rescue, at least.
No one seems that concerned I fluffed up when I come off.  Happens all the time, they say. That's Live TV for you.  I need a media course!!
8.30am - I'm on my way home for a kip and then to make dad a slap up Father's Day dinner which goes surprisingly well, considering my eyelids are help up with scaffolding.
The good thing is that you've filled the slot, done your job and - if you do cock-up, it's worth remembering you are the equivalent of yesterday's chip paper seconds after coming off air.  Thank goodness, on this occasion!

Posted by Milly at 19:02
Email ThisBlogThis!Share to TwitterShare to FacebookShare to Pinterest