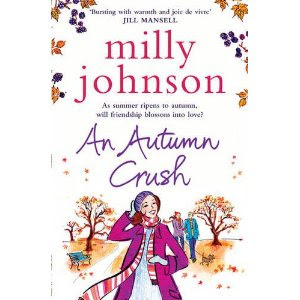 Well... three weeks early, the horse has broken out of the starting gate. Too late to stuff it back in so let it romp. Hopefully it will be a 'favourite', hopefully it won't unseat its rider. I am very excited about watching it run. I can't believe I have 6 published books out there to be honest - how did that happen?

Of course, the official launches are next Monday and Thursday in the library. It's bittersweet that they are attracting too many people to fit into even two evenings, so next year the launch of White Wedding will most likely be held in Brooklands (still using the old name - sorry). When I was writing my first book I was propped up through the night by Douwe Egberts Coffee and Walkers Shortbread - and they always send me some 'anniversary goodies' to giveaway. So all those who come to the launch will receive the customary coffee and biscuits and a book bag from me. There will be an evening fund-raising for 'The Well' which is a complementary therapy centre for sufferers of the awful 'C' and one for haworthcatrescue.org who take in a lot of cats whose owners are terminally ill and cannot look after them any more. It's a source of comfort for them to know that their beloved pets won't be put down and that a new home will be sought for them.

So what's the book about?
Love
...and how it won't go where it's pushed. How our hearts often beat for the bad boys and keep a steady rhythm for the nice guys. How love is a total minx but who'd want to live without it.
I also explore the world of internet dating. There are more and more genuine people on dating sites these days but it is still prey to those who are less than honest, or less than ready to go on there. Not forgetting the ones who are downright dangerous and shouldn't be in the dating game, they should be in solitary confinement. I've got quite a few friends who have met and married lovely guys on the net, so I do paint a full picture.
And for anyone who has experienced 'the disappearing lover', well, this book might strike a chord with you ;)

It's also a very respectful nod to the world of wrestling, of which I have always been inordinately fond as it's part of my history. My grandad was pursued to fight by the legend that is Burt Assirati, an absolute sadistic nutter in the ring - and for anyone who thinks that wrestling is fake, they should have got in with him!

It's also about the best fun I ever had in my life - copywriting for greetings cards. In the golden days it was wonderful - as you may see by the dedication. My fellow writers include the brilliantly talented Tony Husband and children and teen fiction writer Alec Sillifant - And if you think that the briefs that Floz receives are exaggerated - just let me tell you that I've underplayed them. I could tell you some stories...

So, my baby is out and doing its stuff. And I'm proud and as nervous as a new mum.

And I need some nosebag, so I'll be seeing you!

Milly x
Posted by Milly at 12:10
Email ThisBlogThis!Share to TwitterShare to FacebookShare to Pinterest